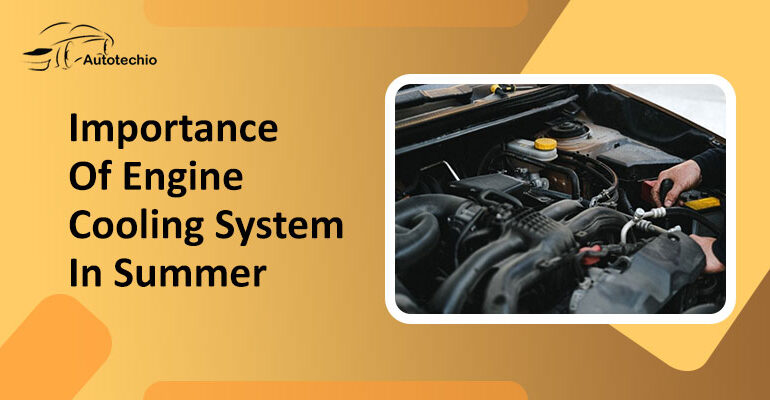 How to keep cool in summer? Maybe, by spending your whole day at the home, pool, or by eating cold items. These all are the few best way to get chilled in the summer session. But what about your car?. Your car engine enduring 250 degrees in the session of summer. Luckily, your car comes with the coolant feature. The car engine cooling system will help to maintain the temperature of the engine. These coolant features ensuring a trouble-free summer car driving experience for all car owners.

As we know that, the summer session comes with a very high temperature. In this weather condition driving the car mostly affect the car’s internal combustion engines. Because the combustion of air & fuel in the engine cylinder generates the hot gas which presents with the high temperature around 200 to 250 Degree. This high temperature may lead to the burning of oil between the engine parts. Due to which some of the engine parts may get seized and weld. Most of the time it will happen when your engine condition is old or you are using a used engine for cars.

What is a car engine cooling system?

The engine cooling system is more important for the engine. Otherwise, the heat will not excess which may lead to the burning of oil. Due to this may your engine parts are fully damaged. At that time you have to buy new car engines. And if the new car engines are very costly. So you can also choose another option that comes under your budget, which is a used car engine. These can save you money. Hence without the use of a cooling system, you may suffer engine damage and repair.

Method to cooling of vehicle engine in summer

A few other ways to prevent overheating, when you are driving heavily loaded vehicles, climbing the vehicle uphills, or you are in heavy traffic. Kindly observe the engine heating indicator needle. If it goes up to the H, you need to follow a few important steps Such as,

The engine cooling system consists of six main components like a radiator, engine, water pump, cooling fan, hoses, and thermostat. During the combustion, the fuel energy is converted to heat. Then the coolant is used to transfer the heat, which is circulated by the water pump through the engine. Then the hot coolant is carried by the hoses to the radiator. At that place, the heat is transferred outside by the use of a cooling fan. The coolant is then again carried to the water pump and recirculated.

Sometimes the airflow through the radiator is very low. Due to this, the radiator is unable to do its job and the engines remain overheated. At that point, if the coolant flow speed is increased then the engine will transfer more heat to the coolant. This may affect badly over the vehicle.

Here in this article, we have shared the information for car engine cooling system included various tips & tricks to maintain the temperature of car engines. I hope this information will help you a lot to maintain the efficiency of vehicle performance. If that tips will not help, we suggest inspect your vehicle from a qualified team of technicians.