Car Engine Problem And Their Solutions 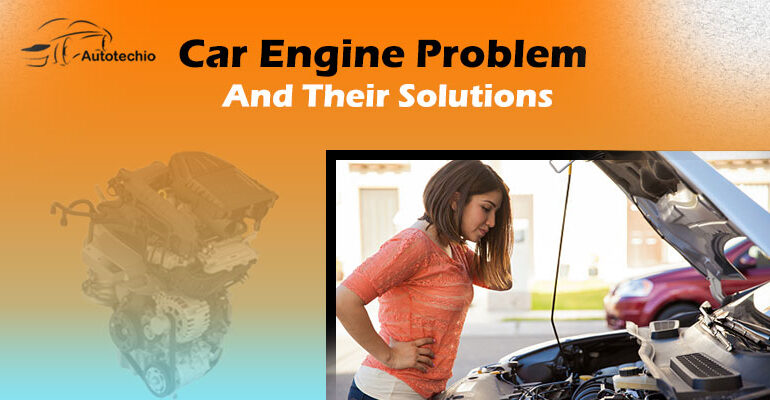 The engine is very important for our car. As engine makes our ride smoother. So we have to take care of it. But in most cases, car drivers or car owners don’t know about the car engine problems and solutions. Due to this, your car engine may be destroyed. Then you have to buy a new car engine which becomes the most costly. No one wants their vehicle to be more frustrated and annoying ever.
Every car runs properly due to such parts as structure, electrical part, and mechanical part running the property. But if one on the part stop working it can create a massive impact on the engine and will damage the engine.

And repairing of the engine are very expensive obviously, that’s, why everyone should know about the engine’s problem and solutions to that problem. You may also opt for used engines to buy, as the new engines are the most cost-effective. But here some car engine problems and solutions are listed below:

There could be many reasons for overheating the engine but the common reason is the cooling system of a car is not working and because of this heat is not passing from the engine. This could happen due to leakage or damage in the cooling system. Here we suggest some tips to identify the overheats of the engine:

How to solve overheating

The battery of the car is one of the most important parts of the vehicle. As most of the electrical part of the car is working on the battery. And if the battery gets down or dead we can’t even start the engine.
It is very easy to detect battery problems as soon you turn on the key knop dashboard light gets dim and the engine will also not start. This problem occurs when you open the headlight or interior light unintentionally. It can also happen because you leave the CD player or Air Condition open when the engine was off.

How to solve the problem of battery discharge

If your battery gets damaged or discharged then we have some ways to solving this problem:

Smoke coming from the Silencer

A little bit of smoke coming on cold is normal, it’s basically steam. Normally cars don’t blow that much smoke so often if it’s newer as it comes with filters, and older ones also don’t do if they have been serving time by time. After this is your car is exhausting smoke then it indicates there is some problem with the engine and this situation need instantly diagnostic.n There are three common colors of smoke that indicate the problem with your engine and you should notice if your car is exhausted these colors of smoke.

If your engine blowing blue smoke that indicates the problem with oil. And it can create a bigger problem than white smoke if the right problem arent addressed. We call it blue smoke but it’s often nearer to greyish or in light blue color. It indicates there is a leakage in the valve or piston rings worn out, which causes engine oil to penetrate into the combustion chamber because of this engine oil starts to burn with the fuel and starts exhausting blue smoke.

Exhausted blue smoke indicates there is a problem with the fuel. which is heavily mixed with the oil, we supposed to mix the oil and fuel, it should be in a balanced manner. If it’s only a burst of smoke then it’s not a problem to worry but it’s better to consult with your mechanic when you go to the next servicing.

How To Fix Smoke Issue

If the above method will not become helpful. Then you can diagnose the vehicle so that you can tell detailed information about the condition of the car. It could better for the mechanic to repair the problem of the engine. The professionals know exactly what parts should they have to open for the particular kind of smoke.

We all know that having a car is the most luxurious thing for us. This provides us a smoother ride. But it also contains some problems due to their misuse. The problems arise due to irregular maintenance and servicing. The car will due to some important parts, the engine is one of them. The engine is also required the proper servicing at a particular interval.