What Will The Future Of Flying Cars? 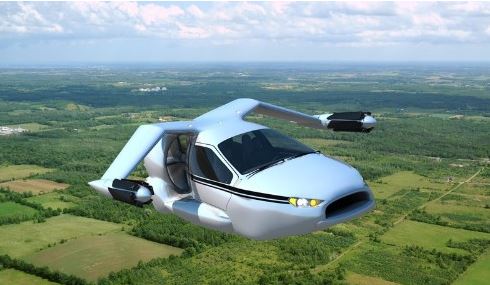 “Have you ever heard about flying cars?” It’s something that we imagine in the future will happen.

We have found many planets and On 10 April 2019, our scientists found black hole images which were not easy. We hope that day is not so far when we can make our home on the moon.

This is not about astronomy, it’s all about technology and how rapidly we are progressing day by day. As from the title you already understood we will going to discuss the idea and innovation of flying cars in the automobile industry here, which is also a part of the latest technologies.

The Inventor of the Flying Car

A flying car is a type of personal aerial vehicle that provides door-to-door transport by road and air. The first flying car was already built in the 1970s. But it was a really big disaster. Many prototypes have been made since the first years of the twentieth century, but the result status has not yet arrived. The flying car has captured the imaginations of the designers.

Henry Smolinski was a Northrop-trained engineer who quit his job to begin Advanced Vehicle Engineers, an organization targeted at the transfer of flying cars to market. Henry Smolinski was the inventor of the first flying car and he died in it. Since last year, scientists have been trying to correct an actual flying car – which is the best. An incomplete car has caused a lot of trouble in the past.

This is the Era of Flying Cars

This is the era where companies are doing experiments on experiments and doing competitions to make their flying cars beat other companies. And that’s why they are continuously developing car innovation ideas & technologies.

There are a lot of companies working on flying cars and Toyota intends to use its SkyDrive machine at the opening ceremony of the 2020 Tokyo Olympics. Aska is a dual-purpose vehicle designed to drive on roads and to fly through the air, therefore you’ll be able to lift yourself over the snarl-up. Aska will be the size of a large SUV when on the road and fits three passengers. Drone flying and navigation technology joined with the increasing urban crowd have begun to change people’s assumptions about what is possible.

In general, two types of flying cars have been developed. First, “fixed wings flying”. It is like a small plane with collapsible wings, which can be used to avoid traffic jams and travel on the road when approaching the destination.

Another one is, “Rotar-wing flying cars” or you say small helicopters. The wings can be folded on landing and the car can be driven on the road as well.

Its electric motors are powered by batteries that can be recharged with a conventional fuel motor to increase range.

How Safe are Flying Cars?

Many people are wondering that is flying cars are safe or not?

The likely answer right now is “not safe” as with all early-stage technology. Companies are working breathlessly to make this project “Safe enough” in the hope of convincing the government that the vehicle can be entrusted with human lives.

But, there is a big safety challenge. One of the biggest is “what to do when things go badly wrong”.

With a normal car, you can stop and evacuate when somethings go wrong. But, a flying car may fall out of the sky, resulting in the death of a driver as well as a co-passenger. Even in the worst case, the killing of people who are walking on the roads.

How fast and far are flying cars?

The future flying car provides a double boost, first from flying at an average speed of 100 km/h and second by taking the straightest path. For example, approximately to travel 10 km will take 30 minutes when the traffic is freely flowing.

If we use the flying car (and there is a flying pad) then it will take only 7 minutes.

How easy to handle flying cars?

There are lots of things about flying cars that are hard but, some problem becomes easier to handle.

There is a lot of space available for the car when you have access to a flying car, as long as a navigation problem becomes easy.

Driving the car several meters above the ground means you have fewer traffic problems. You also don’t have to build expensive road infrastructure.

For self-driving flying cars, moving into the sky makes some aspects of planning and traffic control easier.

Advantages of the Flying Cars

There are some advantages to flying cars.

Disadvantages of the Flying Cars

Flying cars are really good but they have disadvantages also.

After reading the article you get the idea that it will take a little more effort to do before flying cars can become common. Technology has come a long way, mainly due to the rapid development of drones. But, the technology of the flying machine itself is just one part of a very complex system. Flying cars will create a great change in technologies in the automobile industry in the future.