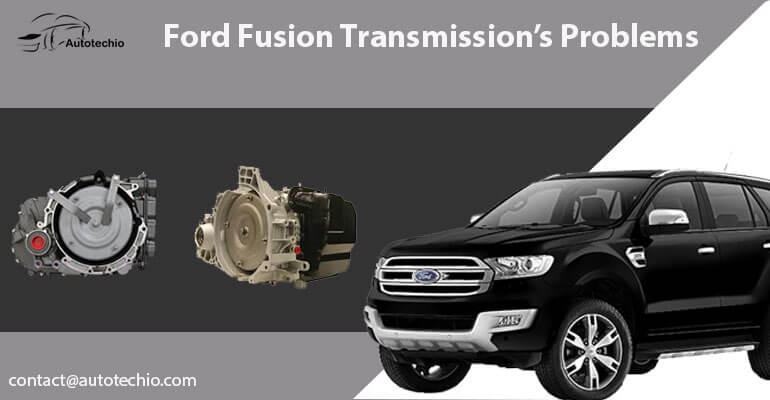 As we know Ford is one of the globally popular & well-known motor vehicle manufacturing organizations. They design & manufacture the world’s best luxurious & comfortable cars for sale worldwide. In this recent years, Ford launched the best segments of their vehicles Ford Fusion. The stylish look & comfortable driving experience added extraordinary features to this car. But a few of the models of this Ford Fusion vehicle facing unexpected issues with the transmission. Most of the time company gets complaints from the customer side after use. They said that they traced it back to a defective transmission. These include rough gear shifting and shaking of the entire car. Ford Fusion transmission problems are different in its various models. Sometimes people also replaced it with rebuilt or Ford used transmission.

According to the official website of Ford, the manufacturing model of Fusion from 2008 to 2014 has faced the transmission issue. The problem with ford fusion transmission is much similar to the problem in Focus & Fiesta. They Hesitating during accelerating the car speed & significant shuddering, and the pricy repairs have been major issues that they reported because it takes money from around $4000 to $5000. But the company denied it.

The users of Ford Fusion also reported the issues identified in the transmission. Ford is aware of all these problems & continuous work to minimize clients’ complaints. Also, many clients get the offer for repairing the transmission from the company side.

The Second worst thing In Ford’s Fusion 2008 model is the bolis This issue boils down to shifts and jerks, again creating an unsatisfied driving experience for those who seat behind the wheel. And Ford’s Fusion transmission problem takes costs around $4000 to $4500 and will most likely start to appear at the 71,000-mile. Which is not very convenient for consumers.

A few of the common warning signs indicate the upcoming problem in the transmission system. The knowledge of these problems helps you to get a better understanding as well as protect you against the major repairing cost. Here is the list of a few of them,

If you heard some weird noises coming out from your car, When your car is in neutral is a sure sign of transmission problems. At best, the noises might indicate that your car is ready for new transmission oil, or probably it could also mean that your car requires an Expensive part replacement due to mechanical problems.

If your car doesn’t respond when you trying to change your gears especially from park to drive it’s most likely caused by a problem with your transmission.

Leaking transmission fluid is one of the main identifying major transmission problems. If you notice a red, sweet-smelling fluid underneath your car in the garage or in a parking lot, so its maximum means is now your mechanic knows they need to check the transmission fluid level.

Your car has many indicators that maintain and check your car engine. If your engine light on your dashboard indicates light which means your car has issues with both minor and serious problems. And now It’s time to take your car to the mechanic, But make sure a local technician takes a look in case the source of the problem is imperative.

This is not only scary or alarming if your gears unexpectedly slip in and out of place during your driving time, this scenario is also highly dangerous when you’re on the road. If your gears slip, make sure to let your auto repair mechanic take a look.

In this article, We have seen some important Aspects of Ford Fusion Transmission that very concerning among the Ford car user or we can say it plays a role of negative impact on a user. The problem with the Transmission is a disappointing topic but rather than Ford gave us the higher capacity car which is good on Highways, off-road and on-road. Before buying any car we should consider some advice from the people or do some R&D on the car brand and see that we choose are fulfill our requirements.