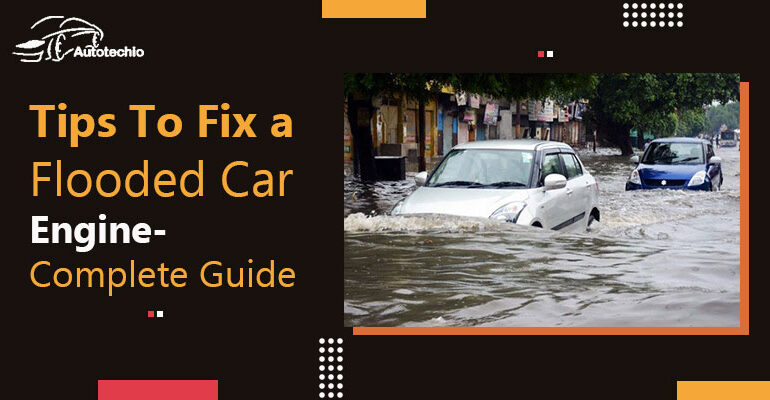 The main reason for appearing this cause is the wetness of the spark plug because the ignition not working properly. It will lead to problems in restarting the engine. Mostly the common flooding occurs when enough oil enters the combustion chamber. Due to this the capacity of the combustion chamber decreases. And gets a high load on the starter motor and fails at the start of the engine. This situation is more common in an old car or in the used engine for cars that employ a carburetor but also happens on the modern fuel-injected car as well.

What is the reason for flooded car engines

There are various reasons that responsible for the flooded car engine, especially this break down most of the appears in the colder weather. A few other reason for the flooded engine.

How to identify a flooded engine

Note: If all of the above methods are not become helpful to solve the problem of the flooded engines. Then your engine might be fully destroyed. Now you are not able to repair it by a machinist. So in that situation, we are suggesting you buy other engines which can increase your vehicle life. If you’re afraid of the expense of buying the new car engines. Then buying a used or rebuilt engine for a car is the best solution.

A flooded engine is one of the common problems most car owners facing in their life. There are several reasons which are responsible for occurring this troubleshoot. If the engine is flooded with water rather than fuel, this is a different problem the damage to the engine depends on the amount of water that entered the engine. In that kind of situation, we suggest it’s better to consult with technicians. Sometimes we see doing acceleration and pedal pumping. It does not solve the problem, again and again, damages the battery of the car and the starter of the car. This happens because people do not have the right knowledge about the mechanism of the car.

Here in this blog, we have shared the information on how to fix flooded engine. I hope this information will help you a lot in finding the solutions.