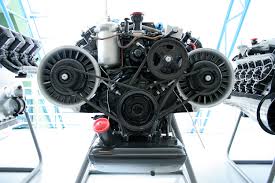 If you purchase the engine and want to do engine installation in your car without the help of a mechanic. So must read this article till the end it will be beneficial for you. In this article, we will tell you How to install an engine? with installation tips and procedures.

It is a very good idea for engine installation in your car by yourself. It saves money and also sometimes we feel happy by working our work ourselves. But installing it in your car is not easy work, it requires skill and good experience. If you have none of them it could be dangerous for your car because a single wrong step can cause big harm to the car.

Don’t worry, you don’t have to learn mechanical engineering for the engine installation. You need only one thing and that is a good direction to replace it, which we will provide you in this article.

Tips and Procedures for Installation of An Engine:

Check The Engine Before Bring It To Home

These were some important points about how to buy a used engine now let’s start with what different engine replacement options are available in the market and how to install a used engine in the car.

1) Used Engine – A used engine is one that was likely to pull out the vehicle that was wrecked or had damage to other mechanical systems; that ended up sending the vehicle to the service center.

The engine most likely doesn’t have more miles on it and did not need to have any parts changed. So it simply taken out of the car and placed into a new vehicle. Hence, it is the cheapest method of changing the engine, if one can be found. If You want to know more about used engine price and other detail check our site.

2) Rebuilt Engines – A rebuilt engine, like a used engine, was pulled out of the car but it has had some parts changed. It was likely disassembled, cleaned, and put back together; with any part that needed to be updated and new gaskets throughout. If the process done properly, a newly rebuilt engine can last for hundreds of thousands of miles. You can easily buy rebuilt engine online on our website with a detailed description.

Machining of the block, cranks, and heads along with all other parts; to restore their specification; so that the engine operates as if it is brand new. Usually, the remanufactured engine price is higher than a used engine and rebuilt engine. But it sold with an extended warranty and has more life than a used or rebuilt engine.

4) New crate engine – A new engine required all new parts including an engine block, crankshaft, cylinder head, connecting rods, camshafts, pistons, and valves. Because of this new engine will cost considerably more than a remade engine. We have a new engine for sale at a low price for more detail check our website.

So, you can see there are many options available to you and each has its own features and benefits. Therefore, do your research and make the right choice.

How To Install An Engine In A Car?

Follow the steps for engine installation in your car by yourself without taking the help of a mechanic.

How to Install New Engine?

The work of pulling out the engine has been done. Now the next step is to set up a new engine inside the vehicle.

Now your car is ready again to run on the road. Put the key on the keyhole and start to take a test drive. To check the engine you have placed is working properly or not.

If your engine is nearing the end of its useful life, you may wonder whether to reconstruct or replace it. Thus, the warranty accessible could play a role in what kind of engine you choose. Keep in mind, that you’re going to need to pay for something beyond the engine itself. Even if you require the best tips and procedures for swapping your engine and the useful information you can find in the above article.