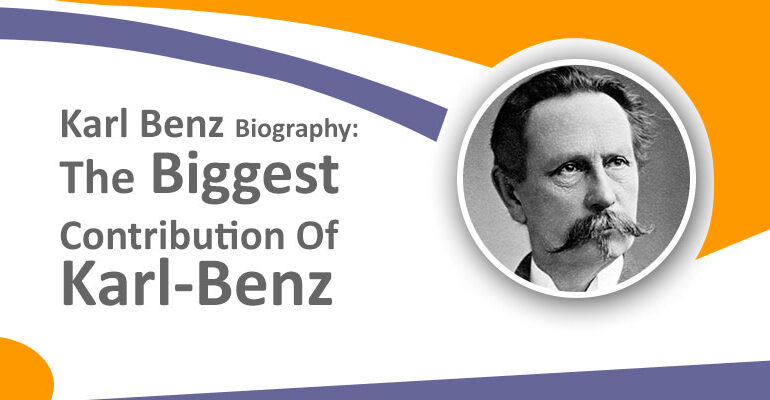 Mercedes Benz is one of the luxury car models. The specialization of Mercedes is its power-packed performance and its classic style. This is one of the dream cars that every person would want to park in front of their home because it is a luxury car with a powerful engine and is also very valuable too.

Who Invented the first Mercedes Benz? Let’s have a look at the complete story of Karl Benz who invented and developed the first model of this luxurious car and also its first engine.

Mercedes car owned by Karl Benz (Carl in french). He was the German engineer and businessman who designed the world’s first internal combustion engine automobile. Karl was born on the 25th of November 1844 in Muhlburg, Karlsruhe, Germany in a poor family. His full name was Karl Friedrich, Michael Vaillant.

His father Mr. Johann George Benz passed away when Karl was only two years old. He passed away in a railway accident. After the father’s death, the whole burden of the house and Karl’s care was on his mother Mrs. Josephine Vaillant’s shoulders. She tried to provide the best education to him.

Karl studied at the local grammar school in Karlsruhe and was an eccentric student. In 1853, at the age of nine, he started in a scientifically oriented Lyceum. Further, he enrolled in a polytechnical university and studied under Ferdinand Redtenbacher.

Karl originally focused his studies on locksmithing but eventually followed his father’s footsteps toward locomotive engineering. At the age of 15 in 1860, he took admitted to the University of Karlsruhe after passing the entrance exam. At the age of 19, he graduated from the university on 9 July 1864.

Karl was fond of riding his bicycle, and he dreamed of making a fully mechanized automobile, or “horseless carriage”. He worked in a number of engineering jobs but found none that satisfied him. He took seven years of professional training in several companies. Training began at Karlsruhe with two years of various jobs at a mechanical engineering company. Later, he shifted toward Mannheim to work as a draftsman and designer in a scales factory and in 1868 he went to Pforzheim to work for a bridge construction company.

In 1871 in Mannheim, he founded an Iron Foundry and Sheet Metal Workshop with his partner August Ritter. Business went into trouble. The first year of the venture was a complete disaster. Ritter became unreliable and the local authorities seized the business. Then, he bought Ritter’s share in the company using a dowry provided by his fiancée, Bertha Ringer’s father.

Karl and Bertha were married on 20 July 1872 and had five children: Eugen, Richard, Clara, Thilde, and Ellen

Despite such commercial misfortune, Carl Benz led the development of new engines for sale. Moreover, Karl began to develop various parts of the vehicle that he had imagined including ignition, spark plugs, gear, carburetor, water radiator, and clutch. He focused all his efforts on creating a reliable gasoline two-stroke engine. On December 31, 1878, Karl abolished its two-stroke engine on New Year’s Eve, and in 1879 a patent was provided for it.

His invention was amazing but the problem shows its usefulness to the world. This type of thing was never there before and people saw no use for it, nor did they find it practical. This situation was dealt with tactfully by Bertha; In 1888, he threw the car into his mother’s house in Pforzheim. Traveling a 106 kilometers distance.

It was done without her husband’s information and she only informed her safe arrival through telegram when she reached. This was the first long-distance journey that ever tried and changed public opinion about the safety and practicality of the means of transportation. An antique car race has now taken every two years along the stretch of road that she traveled to commemorate the drive undertaken there by Bertha.

Karl Benz’s Business expansion of the company (Benz and Cia)

The Karl set to improve the car’s features, connecting brake lining and additional gear for driving on the slope. Sales began, and their cars received tremendous publicity and appreciation at the 1889 World’s Fair in Paris. Demand increased and accordingly the production facilities expanded. The number of employees increased from 50 to 430 in 1899.

Due to its size, in 1899, Benz & Cie became a joint-stock company with the arrival of Frederick Von Fischer who was boarded as a member of the management board. New directors recommended that Karl should make less expensive automobiles for mass production. In 1893, Karl Benz made Victoria a two-passenger automobile with a 3-hp engine, which can reach a top speed of 11 mph, and a pivot front axle powered by a roller-chained tiller for steering.

Karl and Bertha started a series of companies at the beginning of 1900 and maintained their position as major automobile producers in Europe. By 1904, Benz and Cie had sales of 3,480 automobiles and the company was the leading manufacturer of automobiles. By the 1920s, however, there was intense competition between Benz and Daimler- the Mercedes engine manufacturers. Further, the cost of production was rising due to inflation and sales were increasing for both companies.

In 1924, the two companies signed a “Mutual Interest of Agreement”, which led to joint production, marketing, purchasing, and advertising efforts, but each company still retained its own brand name. Finally, in 1926, the two companies merged with Daimler-Benz and started producing Mercedes-Benz cars, as we know them today.

Benz’s sons, Eugen and Richard, left Benz & Cie in 1903. But Richard returned to the company in 1904 as a designer of passenger vehicles.

Moreover, Karl Benz became a board member of the newly established company and remained for the remainder of his life.

The merger proved beneficial. In 1927, the number of units tripled to 7,918, and a diesel line was started for truck production. In 1928 Mercedes Benz SS was entered.

At the age of 84 on April 4, 1929, Karl Benz died from Bronchial Inflammation in his lungs at home in Ladenburg. From the age of 95 until her death on 5 May 1944, Bertha Benz lived in her last home. Other family members lived in the house for thirty more years. Benz Homes is now designated as Historic and used as a scientific meeting facility for a non-profit foundation.