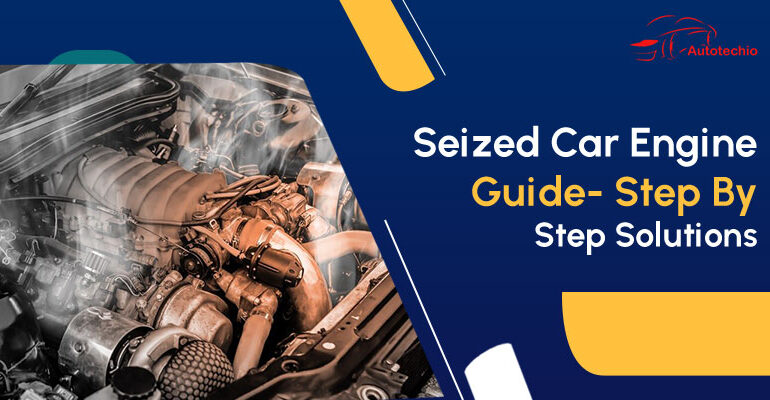 A seized car engine can be defined as an engine that runs out of oil and the oil can’t circulate. This means the internal metal parts of the engine collide with each other and creates enormous amounts of heat with friction.

What causes a seized car engine

The unseize of an engine requires lots of experience and knowledge about auto parts. You can repair the seized engine at the machinist shop because the machinist will know about the working of the engine, specification, and also the manufacturing of the engine. Here we suggest some solution to a seized car engine.

How to Fix a car engine

If your engine is seized due to overheating or run on low/no oil. Then eventually your engine will stop in its track. You may require a professional technician or some suggested steps to fix a seized engine.

If the above will not helpful in unseize your car engine and you are tired of paying money to a machinist in repairing your car engine. Then you may opt for other methods which are listed below:

As you are tired of paying several dollars to the machinist in repairing your seized car engine. So for your comfort, We will suggest a method of buying a new one. As we know that the new car engines are the most costly. But some sites are provided the new car engine at a low cost. You can buy new car engines rather than using a seized engine.

How to check a seized engine

Sometimes a completely seized engine will do some rare things. If the engine is putting outside in a junkyard for many years then we say that it is completely locked up. Another reason for seizing a car engine can be if you had overheated it while lubricating the bearings with air. At that time you need to take some diagnosis conditions into your hands:

The engine is the most important part of your vehicle. So you need to properly maintain it. Here you will get the best solution to your query about seized car engine and various methods to fixing a seized car engine. Here the given information will help you to unseize your car engine