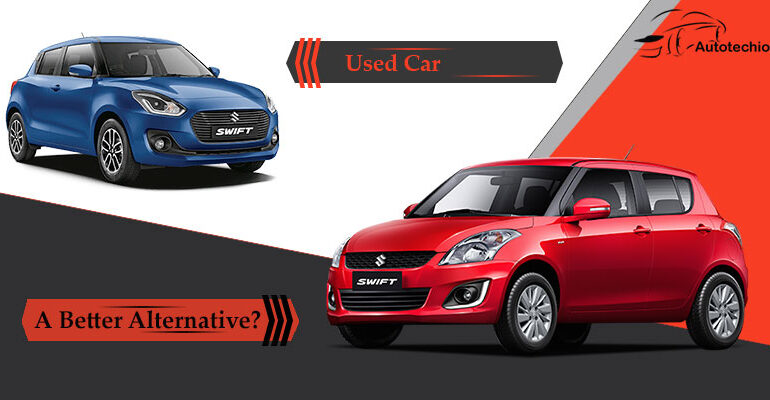 Since the invention of the wheel, the human race has managed to make an immeasurable amount of progress and has advanced as a species. Global phenomena like the industrial revolution, globalization and a consumer-driven lifestyle all came into being because people could get from one point to another.

A lot had changed since the days when stone wheels turned into animal-driven carts. But the fundamental requirement has always prevailed. That requirement is, they want to explore the freedom a man’s sentience can provide fully. With the rise in demand for automobiles and economies of scale tipping in favor of the average consumer, there has never been a better time than now for buying a car.

Though it might be a daunting thought to purchase a brand new one, indeed, a used car comes in all different budget classes and styles. The best used cars in Tamilnadu are easy to find since the market here is vast. The global new car market was at 70 million units in 2019, whereas it stood at 115 million units for the same year for the used car market. With that number being compounded annually, it is expected to only go up from there.

With more and more people on the road every year, the ability for an individual to experience the ownership of a car is only within reaching distance. Gone are the days when automobiles were only a preserve of the uber-rich. Car manufacturers are trying their very best at every opportunity to push people into buying new products within every niche. But that only means there are more options and availability in the pre-owned market.

Granted, some people tend to be very apprehensive about a purchase on the used market, but modern cars are nothing like the ones from yesteryears. From being a humble metal box that trundles along on a highway to a technologically advanced piece of engineering developed from a pool of resources, cars have come a long way in the past couple of decades.

When it comes to buying a totally new car off the floor, there are many procedures to navigate one’s way around. Firstly comes the financing part of it and the details about how the funds are to be sourced. Secondly, additional costs in the form of road tax, Insurance fee, registration, and maintenance expenses snowball up to fall in a money pit. Beyond this, there’s a lot of carbon emissions associated with the manufacture of the car even before it has left the factory floor. Not only is it bad for the planet but also the life that habitats it.

Now comes the part where the new car has to be babied before the first couple of services so that the engine break-in can happen smoothly. All that is just simply non-existent in a pre-owned vehicle. It only needs a transfer of documentation and regular maintenance charges. For a first-generation car buyer, all this frugality it provides can come of much help in the long run.

Moreover, with a used car, much more premium brands are accessible and can provide features that sometimes may not even be present in a new vehicle for the same price. With all these advantages listed, the prospect of buying a used car is not a hard sell anymore.

The current trend of the Auto world

There are many places where one can get the best-used cars in Tamilnadu, and such facilities only reinforce how strong a market is prevalent here. Going by the rule of large numbers, it is evident that people who consider cars as status symbols would much rather have an expensive premium used car over a new car of the same price. But the real problem only emanates when the spares for such expensive cars also tend to be a bit pricey.

That’s why one has to be careful when making a pre-owned purchase. All that hassle can be negated if purchased from an authoritative establishment that can provide a warranty and vouch for the vehicle’s appropriateness. Such establishments provide:

This has enabled the average joe without much knowledge in the automotive world to make informed decisions based on significant information provided online. A simple couple of hours on the internet in an afternoon would suffice just to be equipped and know what to look for in their next purchase.

Though it is a significant investment in terms of money for the average Indian, it cannot be paralleled to the number of good times and the memories that a car can provide its owner with. Such is the nature of ownership of a car. It now all comes down to how many of these first-time buyers would consider used cars as the norm of choice.

In any case, the ownership of a car is an inexplicable feeling of content that’ll nurture the owner with memories for years to come. What can be the icing on the cake is the chance that these experiences don’t have to be as expensive as they used to in their formative years. That’s where the sales of used cars in Tamilnadu come into the picture and the abundant nature of the pre-owned market.