How Much Does it Cost to Replace a Car Engine? 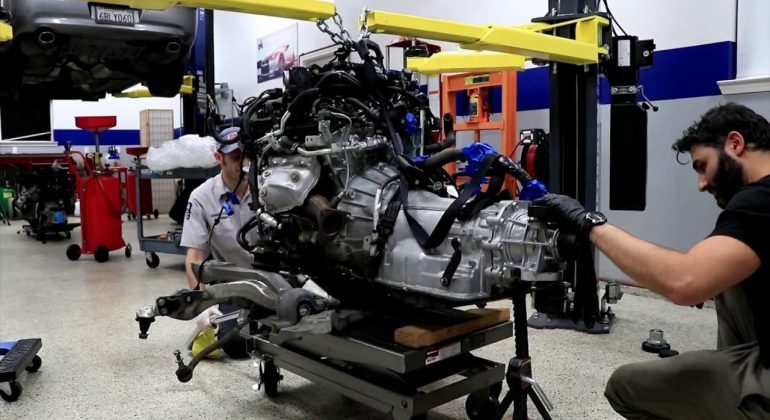 You might be thinking about the cost to replace a car engine when you get tired of your used car engine as it’s not working properly and you want it to replace?

You might be thinking about the cost to replace a car engine? We will discuss all the necessary details regarding this and help you in taking the right decision for a car engine replacement.

The topic which we will cover further in this article

First, it is important to check whether buying a new engine will be better or doing small maintenance. Let us find out.

How to know if your car engine needs replacement?

Although in this case, the car engine itself gives you the indications for its replacement like oil leakage, head gaskets leaks, engine misfiring or engine pistons might be slapping in the cylinders.

Or if you will take mechanic consultation so he might discover some other issue because of his technical experience.

Let’s be deeper into this and see what are the signs of engine failure.

Many other reasons could also be there, so we recommend you to have a checkup of your car from an experienced mechanic so that you will get the right knowledge from the right source.

Now if the above conditions match up with your car so you need to replace or rebuilt the car engine. Let us tell you the cost of a rebuilt car engine or replacement of the engine.

How much amount does engine replacement/rebuilt cost?

Although it’s very difficult to say specific figures because it depends on the car to car and the issue they have. But being stick to the question we can say approx. $2,500 to $4,000 including parts and labor costs in which they simply hanging seals and bearing.

It could be more also when the crankshaft is damaged and due to this cylinder can’t be rebuilt. Thus, the rebuilt costs will increase gradually.

After getting the cost lets to see what are the basic reasons to replace a car engine.

Reasons for an engine replacement

Sometimes replacement is better than rebuilding an engine that is completely damaged. Because mostly it is more costly than a replacement of the engine. But anyhow let’s discuss some of the reasons which engine replaces.

Sudden stopping of the engine with the loud sound.

Whenever you heard loud sounds with the sudden stopping of your engine means the engine got seized due to running out of engine oil or the engine got too much overheat. Cylinder walls got melted due to excessive heating of the engine and it might fuse with pistons. Then seized car engine guide will help you to fix all the problem which occurs in car engines.

This sign is very easy to recognize as in this you will find chunks of your engine in the oil. If your car stops suddenly with this condition like pieces of the engine on the road with leaked oil. So, it means you have to replace the engine.

Carelessness for maintenance of your car.

Sometimes due to careless behavior of the driver, problems could occur such as negligence towards engine sound or small issues. And later on, this small issue could be a large reason for the replacement of your car engine.

Although we all are price conscious so everyone wants to know how much does a new engine cost?

How much does a new engine cost?

With that, we come to the end of this article. We hope the information provided here will help you clear your doubt regarding car engine replacement cost and hope you understand all the basic queries which we had discussed above and can make a good decision for the replacement of your car engine.