MOST EXPENSIVE POLICE CARS IN THE WORLD 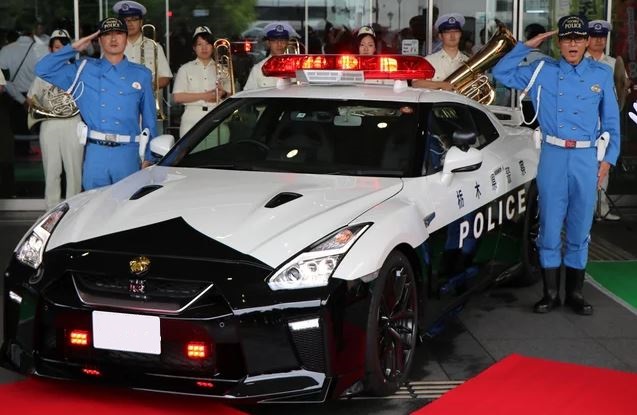 The duty of a policeman is one of the hardest duties. They are physically and mentally fit to face challenges regarding their job, but not in a way that they can run behind the vehicles themselves. If they ever encounter a vicious thief or terrorist who uses the supercars to run, so to catch them police also need the fastest and most expensive cars.

There are very few countries in the world that use supercars, these cars are powerful and the fastest cars as well as expensive cars also. In this blog, we would like to share about the most expensive police cars and which country uses this.

Keeping all these things in mind, we have prepared the list of the 10 most expensive supercars used by the police. Check out the list to know more about specifications, facts & dimensions.

Bugatti Veyron comes among the most expensive police cars all the time and it is used by the local Police of Dubai. It is completely documented that the Dubai Police Force does not patrol the general fleet of low-powered cheap poverty vehicles. The car was first revealed in 2013, to enhance the public image of the police.

The top speed of the Bugatti Veyron is 407 km/hr and its speed can reach up to 100 km/hr in just 2.46 seconds. This car made its place in the Guinness world record book from the name of the fastest patroling car in the world. The cost of the Bugatti Veyron Police is $ 3 Million USD. UAE (United Arab Emirates) is the fifth most rich country so that’s why they can easily afford this car for their police.

Bugatti Veyron has an 8.0-liter W-16 engine which produces 1200 bhp power and torque of 15 Nm to a 7-speed DSG transmission.

Aston Martin One-77 is another most expensive police car from UAE, Dubai. The One-77 Supercar is a very special car, each costing approximately $ 2 million. Aston Martin is displayed for special events for tourists in Dubai or cruise areas, not for regular duty in traffic areas. Giving visitors a charming image of the Dubai Police.

This car was first launched with the carbon fiber monocoque chassis and aluminum body in 2013. As the name implies, the car was limited to 77 units. Aston Martin One-77 has a 7.3-liter V-12 engine which produces 750HP power and torque of 553lb-ft to the 6-speed automated manual transmission. The top speed of Auston Martin is 354 km/hr and its speed can reach up to 100 km/hr in just 3.7 seconds.

Facts About Aston Martin One-77

Germany is home to a number of the highest branded car manufacturers in the world. So it also uses its brand for the police car, therefore, it’s not stunning to see the expensive car on police duty. The price of the Barbus Rocket is $ 580,000 US Dollars

This car is an updated version of Mercedes Benz CLS which is modified by the German company Barbus in 2006. Barbus Rocket has a 6.3-liter V-12 Biturbo engine which produces 720HP power and torque of 1,320 Nm to the 5-speed automatic transmission.

The top speed of Auston Martin is 367 km/hr and its speed can reach up to 100 km/hr in just 3.7 seconds. In 2006 this car makes a world record for the fastest police car.

The Audi R8 is the fourth most expensive Police car and its price is $ 500,000 US Dollars. Germany and Dubai both governments are using this supercar for their Police Forces. By Dubai Police, this car was added in November 2016.

This awesome police vehicle has all the characteristics of a good custom sports car: carbon fiber parts to reduce weight, a Police light bar, and reflective paint.

Dubai Police purchased a specially modified Aventador for $450,000 in April 2013. It is also used by the Italian Police Force in patrolling.

Don’t be surprised if you will get the chance again to see the name of the Dubai Police Force in the list of most expensive car holder forces. We have already told the Dubai government can easily afford these cars.

One of the very valuable cars, which patrols the areas of the wealthy city, is a Ferrari FF and its price is $400,000 USD. Dubai Local Police using this four-seater Ferrari FF from 2013. If you ever want to ride in Ferrari FF, just go to Dubai and break the rules and laws. Dubai police will bring you to the prison from Ferrari FF

Italy’s Speed devil has a new nomenclature a brand-new, police-modified Lamborghini Huracan. It is the other expensive police car. Huracan is used for special tasks such as the immediate transport of blood and organs. When it is not needed for ultra-quick delivery, it works for patrolling highways.

South African, Italian police, US Police, and British Police have Lamborghini Gallardo. Gallardo comes under the category of expensive police cars. It is equipped with the necessary equipment in case of an emergency like medical kits and communication equipment. To take advantage of the vehicle’s incredibly quick response time.

This car’s price at the current date is $248,000 after modifying for the police. The car is used in functions and events that celebrate the service and achievements of law enforcement.

The Nissan GTR is a sports car originally manufactured by Prince Motor Company. It is one of the most expensive police cars in the Abu Dhabi and Japan police car fleet that price is $100,000. The citizens of Japan certainly take pride in their vehicles. GTR has been used in many secret operations where serious targets were sought after.

The Porsche 911 is a high-performance sports car and one of the most prestigious Porsches in the entity. Many times the Austrian Police officer felt that they need their high performance in their area to reduce the crime rates. So to achieve the target of the police Government has bought expensive vehicles for their forces. After this Porsche Carrera 911 comes under the category of an expensive police car.

The car can reach ridiculous speeds of 100km/hr in 3.4 seconds and will definitely catch those who try to run from the police. Its top speed is 306 km/hr because it has 443 hp, 530 Nm torque 3.0L 6 Cylinder, and also 7-speed manual transmission.

Nowadays, many countries are spending a large amount of money on expensive supercars for a police force. As they all know that criminals are upgrading themself as technology is growing. So, the government of various countries is trying to chase criminals by using these expensive cop cars. In the future maybe these cars replaced by electric cars. Future cars will be super advance in technology and It will make it easier to find criminals. The advantages of electric cars help to catch criminals and help police to maintain safety.