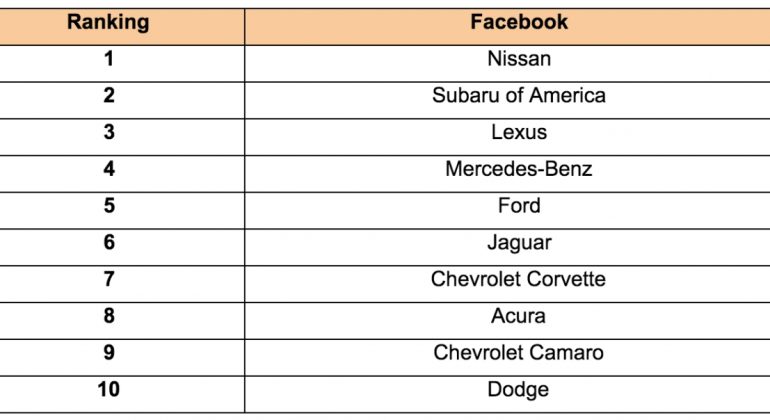 The United States is a country of opportunity. Many businessmen and entrepreneurs from different countries want to invest here. But only a few get success in their business. In this, we will talk about what are the top 10 car brands in the US which have grown their roots in America and their market shares.

General Motors is an American MNC (Multinational Company). Its complete name is General Motor Corporation and its headquarter is in Detroit, Michigan. Now not only in the US but also in Canada and other countries it has strengthened its roots.

After the Great Depression in America and the second world war where all the companies were plagued, GM decide to stand. The result of the hard work of GM was shown soon. In the 1950s every five cars out of ten were sold under the brand name of General Motors. GM’s decline was not rapid. From the 1970s to 2010, it remained a force in trade not only in the US but worldwide.

If we talk about the current time General Motors’ business gained a 17.6% share in the market. GM has adopted the formula of electric cars. This is helping them to save 300000 metric tons of carbon dioxide emission per year.

Ford is another brand name that is ruling the heart of Americans for multiple years. It is also a multinational American Company and like GM its headquarters is also in Michigan, in Dearborn.

The company was started on the 16th of June 1906 It was named after Mr. Henry Ford the founder of Ford motors. With approximately 200,000 employees worldwide, the company manufactures a full line of cars, trucks, and electric vehicles.

Moreover, Ford Motors also have the ownership of Troller a Brazillian SUV Manufacturer, a 32 % stake in Jiangling Motors, and an 8% stake in Aston Martin. One of the largest manufacturing expansions in the company’s history. Ford Motor Company (Ford) has set to increase its capacity in the US.

In addition, Ford’s target of manufacturing autonomous and electrified vehicles for commercial use by 2021 has seen the business invest in many new technologies. The share of ford in 2018 gained 14.29%. Now in 2019, it is decreased by 0.55 %.

After the second world war, Japan is the only country that growing rapidly than other nations in a very few times. And Toyota is a live example of this. Japanese Multinational Company Toyota Motors found on 28 August 1937. The headquarter of Toyota is in Aichi Japan. It is named after its founder Kiichiro Toyoda.

Moreover, It is the first Japanese company in the US for many years. Toyota’s success stems from offering reliable, ineffective, and reasonably priced cars, or, if you’re a little more cynical, being the closest to a white-good carmaker. With approximately 364,445 employees worldwide, the company manufactures a full line of cars, trucks, and electric vehicles.

Toyota motors have a 16.6% stake in Subaru motors.  Aiming to stay ahead of the curve, the company is also paying significant attention to its carbon footprint. And is ready to introduce new technologies to provide a personalized experience across all its product ranges.

Fiat Chrysler is a leading car manufacturer not only in the United States but also in the world. FCA is a multinational corporation in America and Italy. Fiat is Italian and Chrysler is American but their headquarters are neither in the US nor in Italy. It is in Netherland and London.

The group of these companies was formed in October 2014. The company engaged in the design, engineering, manufacture, and sale of vehicles and related parts and services, components and production systems. The company has its operations and customer base worldwide through more than 150 state-of-the-art manufacturing facilities, several R&D centers, and dealers and distributors in approximately 150 countries.

Renault Nissan Mitsubishi Alliance is a French-Japanese multinational corporation. First, it was the group of two Renault and Nissan but after March 1999 Mitsubishi also joined this group.

Secondly, as part of the Renault-Nissan-Mitsubishi Alliance, Nissan Motor Company, and Mitsubishi have tie-ups with a 9.93% market share. Now Renault Nissan Mitsubishi.

Honda Motors is a Japanese Multinational Company. It starts on 24 September 1948 in Hamamatsu, Japan. Now its headquarter is in Tokyo. Honda named its co-founder Soichiro Honda.

However, Honda has made a terrifying tour to become a world-leading industry. Initially its first US outlet in the 1950s, it fastly became a famous brand in the world. In addition, Honda Motor became Japan’s first car manufacturing company to become a net exporter from the United States.

Targeting three core areas: robotics, mobility, and AI, Honda Motors increase its share of the North American market by 9.6%, where its producing plants and luxury brands, such as Acura, continue to see growing demand.

Hyundai Motors knew as Hyundai Motor Company. It was founded by Chung Ju-Yung on 29 December 1967.Its headquarter is situated in the capital of South Korea, Seoul.

Hyundai is the largest Korean brand and has grown quickly in the market in America. Over the past decade until supply shortages started to slow its expansion. Hyundai Motor Group, which holds a 7.5% share, accounts for about a third of Kia’s total shares. Moreover, Kia also owns about 20 Hyundai subsidiaries, forming a unique partnership between the two Korean car brands, as they cement their presence within the North American market.

As we said japan is fastly growing nation and in this race, one more company is here. Subaru a multinational Japanese company is the 22nd largest auto manufacturing company started on 15 July 1953 and founded by Kenji Kita.

Not only has Subaru been the most successful of all Japanese automakers in increasing their volume in the US since 2006. But in fact, all mainstream brands have recorded the highest growth of 13% / year, with Audi (10%).

A focus on reducing its environmental impacts during its construction operations has steadily increased. The popularity of the company’s vehicles, with the business gaining a 3.8% market share.

Firstly, Volkswagen Motors is the second-largest global car producer and the ninth in the US. It is a German Multinational Company founded in 1937 by the German Labour Front, which was the Nazi (National Social German Worker) labour Union. The VW headquarters is in Wolfsburg in Germany.

Secondly, One of the world’s largest manufacturers, the Volkswagen Group has taken 3.7% in the market of North America. Most of its industries are located in 11 locations in Europe, located in the Americas, Asia, and Africa. The company has launched its ‘Strategy 2025’ plans incorporating sustainable mobility and autonomy. Volkswagen has invested its 59 billion dollars to manufacture 300 models of electric cars. This target will complete in 2030.

Daimler Motors is a British motor vehicle company. In 1896 H.J Lawson found this company. It is the tenth-largest manufacturer in the USA and also the largest truck manufacturer in the world. Daimler has gained a 2.2% market share in the Nothern Part of the US by selling their 3.3 million automobiles in 2017.

In addition, Mercedes-Benz, founded by Karl Benz is a subsidiary of Daimler AG. China has been a major reason for this remarkable performance by the group which saw a 28% increase in Mercedes-Benz sales. The company also performed well in the electric cars segment as 136,000 electric smart models were sold worldwide.

In Conclusion, the car brands mentioned in the above list are distinct from each other. Every single brand is a masterpiece that has its own specialty, which we can see and acknowledge on the global level. However, the above-mentioned car brands moving toward a better future and focusing on technology & eco-friendly cars. Therefore, they are adopting new technology in automobiles and trying to manufacture electrical and AI-based cars for the future generation.

The above-listed top car brands are not only famous in America but also in the world. These are the old brands running in the market over a period of time. Secondly, These car brands have large shares in the US market Automobile.