7 CHEAPEST CARS IN THE WORLD 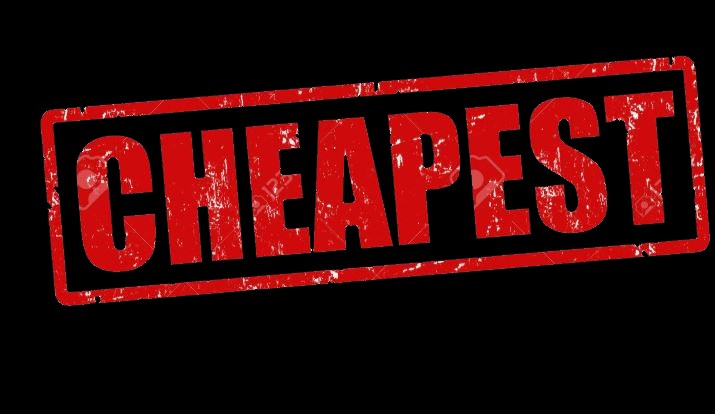 It is very difficult to go anywhere without your vehicle. You may face many types of problems when you visit a place for the first time and you don’t have your car or vehicle. Even if you live in the city with the most reliable forms of public transport in the world. Cabs and Taxis are too costly and public transports have too much crowd. So having your ride can enable you to travel where you would like to go whenever you would like.

Keeping all these things in mind, we have prepared the list of the 7 most popular and cheapest cars in the world. Check out the list to know more about specifications, facts & dimensions.

Top 7 Cheapest Cars in the World

Tata Nano is the world’s cheapest car and the slowest car also, if we talk about this car, in 2019 currently the price of this car is between 2.26 Lakh to 3.20 Lakh. This car is a production of Tata Motors which is an Indian Company owned by Mr. Ratan Tata.

The trunk of the Nano was only accessible from inside the car, as the rear hatch does not open, but in the end, it got a full hatchback in 2015. It has a single windscreen wiper instead of a pair. Tata Nano is the cheapest commercially available car in the market in India.

The highlight of the Tata Nano is its funky design which is surprisingly spacious and surprisingly practical. It is a genuine 4-seater and offers plenty of legroom and headroom for its occupants. Tata Nano has all the features which a car generally held, but it does not have airbags. Its engine is mated to a 5-speed manual or 5-speed automated manual (AMT) gearbox.

Chery QQ is a 5-door Hatchback city car and a Chinese company, Chery Motors manufacturing this since 2003, and is the sixth-largest manufacturer of automobiles. In 2006, the car was changed to Chery QQ3 in China, when Cherry launched its new supermini, Chery QQ6. The QQ is a five-door hatchback type, with a five-speed semi-automatic transmission.

The current price of Chery QQ  is 3.44 Lakh INR (USD 4,781) Its low price made it popular in China and it also won the Best Chinese brand award(cheapest cars) in China in 2010. In the 2000s, the QQ was often Chery’s best-selling model, and the company itself calls the car “a legend in the Chinese history of automobiles”. Chery QQ looks something like Daewoo’s Matiz which is a Korean Car Company. It is experiencing some trademark issues.

Maruti 800 the Indian Vehicle is also on the list of the cheapest cars in the world and its current price is 3.6 Lakh INR (USD 4,994). This is a mini car that was manufactured by Maruti Suzuki India from 1983 to 2014. On the 14th of December, 1983 Maruti 800 was first introduced during a ceremony of the former Prime Minister of India Late. Indira Gandhi. Prime Minister Indira Gandhi gave the first car key to Mr. Harpal Singh, who got the ownership through a lucky draw.

For more than these thirty years, Maruti Suzuki has produced 2.87 million Maruti 800 in India, out of which 2.66 million were sold inside India. And the rest of the 0.21 million was sold to the neighboring country. Its popularity grew due to the cheaper price and good city car to travel in the city and it was also the number one selling car in Pakistan.

The Geely MR is one of the best-known and cheapest cars and is used in almost all countries. The price of Geely MR is USD 5500 which price is equal to the 3.9 Lakh INR. In London and Melbourne, they are used for taxis. This is another car on the China-made list. Geely Motor Company is owned by Volvo which manufactures these cars.

There is another car from Geely Motor Company Geely HQ SRC. This was the first Geely product introduced in February 1998. It is the first model of Geely which comes under the category of cheapest cars in the world. Geely HQ SRC, based on mid-80 Daihatsu Charade. The Geely HQ SRC is a liftback sedan designed for five people. The price of Geely HQ SRC is USD 5,780 (4.1 Lakh INR).

The Chery A1 five-door compact sedan car is manufactured by Chery Automobile in China between 2007 and 2015. This is another product that is manufactured in China and able to come in the list of the world’s cheapest cars. The price of the car is USD 7,350 It is the company’s first global car and has a 1.3l Acteco SQR473F engine and 5AMT transmission. It is one of those cars in the world that you will have to test yourself. The cheapest is the standard model, but it also comes in comfortable and luxury versions.

Facts about Chery A1:

The Indica car is the seventh most inexpensive car in the world, another car from Tata Motors and its price is USD 8,500 (6.1 Lakh INR). This car is one of the best-known and cheapest cars in India. It is a supermini car designed by Indian manufacturer Tata Motors in 1998. After the successful launching of the Indica. Tata Motors has been capable to manufacture a vehicle that was fully and only made in its native India. Indica is India’s first passenger car made in India.

As you know here we have prepared a list of the 7 cheapest cars in the world. You can easily purchase them if they are available in your city. For a long journey, they will help you. As well as save you a lot of time.