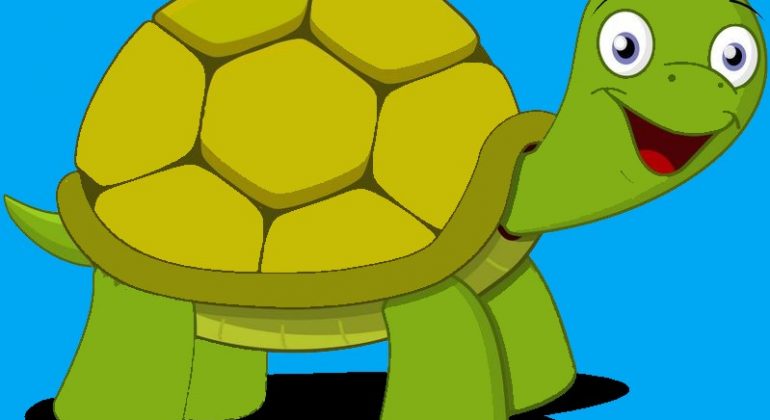 After reading the article about the Bugatti Chiron, the fastest car, one question surely may have come to 70% of people’s minds. If Chiron is the fastest then which is the slowest car.

Keeping all these things in mind, we have prepared the list of the 10 slowest cars in the world. You’d think that all cars would at least offer a certain level of performance in this day and age, but you’d be wrong. These cars are beyond slow!

In the place of fast cars, we get uninspiring models that are too slow for anyone. Carmakers really shouldn’t have any excuse for producing slow cars, turbocharging is a cheap solution to produce more power, sadly even forced induction cars are mated with sluggish transmissions, wasting otherwise useful power.

Check out the list to know more about specifications, facts & dimensions.

Peel P50 is not only the world’s slowest car and ultra-compact car but also the smallest car in the world, only one person can sit inside it. This car was designed by Peel Engineering (headquarter in the Isle of Man)  from 1962 to 1965 and its remanufacturing was started in 2010. Peel P50 prices are also low as it is a single-seater car.

It is a three-wheeler microcar car that is so small in fact, it gets the title of Guinness Book of World Records for the “smallest production car” for over 50 years. It is a single-seat slowest car that can not go up to the speed of 38 km/hr. The original model of this car has no reverse gear, but a handle at the rear allows the very lightweight car to be maneuvered physically when required.

Aixam Coupe is a french light quadricycle two-seater vehicle. This car was founded in 1983 to make microcars. On 11 April 2013, US-based Polaris Industries announced that it had acquired Aixam-Mega from previous owners Axa Private Equity. In France and England, you don’t need licenses to run this car on the road because it is a slow car. The only requirement to run it is that the government needs, your age must be at least 16 years old to run this car and also you have to pass a regular moped test.

Like the Peel P50, its speed is electrically limited to make it one of the slowest cars in the world. So walking or cycling is better than running the Aixam Coupe. It can be the same as Peel P50 if its height would not more. Aixam Coupe price, we can not say its price is cheap.

Renault Twizy is also known as Twizy Electric Car. It is a two-seater electric car which is designed by the Renault Motor Company in Valladolid, Spain. In March 2012 it was sent to the french market for sale, then to other European countries. Till December 2018 21,874 units of Twizy have been sold in the European market. It is a tiny yet affordable car. Renault Twizy’s electric car prices are easy to afford.

In May 2011 Renault announced the production of the Twizzy and the beginning of taking reservations. In 2012, it was the most selling car in entire Europe. Twizy Electric Car was first shown in 2009 at Frankfurt Motor Show and designed by Françoise Le Bonnie and Luciano Bove. Renault does not provide the battery with the car, you have to take the battery at rent for a monthly fee and they will provide you roadside assistance and a replacement guarantee.

This Mia Electric car was made in France by a German-based company. It was the first electric model on the market manufactured in 2010. Mia was the first all-electronic car model of this company in the market. The production of Mia Electric was started in June 2011 and sent to market for commercial use and sale but for some financial problems, its production was stopped in December 2013. In March 2014, the Tribunal de Commerce de Niort placed the company in judicial liquidation.

The small Mia electric is a three-seater car, with two sliding doors and the driver’s seat is stationed in the center. All versions of this car had two battery options, as the standard 8 kWh battery can be replaced by a larger 12 kWh battery, The manufacturer says that it gives better all-round visibility. Also, a lot of space has been given for mounting the smartphone, laptop, GPS device, and music player on either side of the driver. Mia Electric car prices are a little high which makes its value poor.

Mia Electric had its own design studio and R&D Department (Research and Development) where a team of 16 designers and 80 engineers worked together. It weighs only 810 kg, which includes a battery, a modest 13 bhp electric motor, and a distance of about 80 miles.

Tata Nano is the world’s slowest car. Also, Tata nano car prices are the cheapest. This car is a production of Tata Motors which is an Indian Company owned by Mr. Ratan Tata.

The trunk of the Nano was only accessible from inside the car, as the rear hatch does not open, but in the end, it got a full hatchback in 2015. It has a single windscreen wiper instead of a pair. Tata Nano is the cheapest commercially available car in the market in India.

The highlight of the Tata Nano is its funky design which is surprisingly spacious and surprisingly practical. It is a genuine 4-seater and offers plenty of legroom and headroom for its occupants. Tata Nano has all the features which a car generally held, but it does not have airbags. Its engine is mated to a 5-speed manual or 5-speed automated manual (AMT) gearbox.

There is another car which is from India and its name is Hindustan Ambassador.

The Hindustan Ambassador is a five-seater sedan automobile which is manufactured by the  Hindustan Motors of India. Its production was started in 1958 in Hooghly, West Bengal, and Sriperumbudur near Chennai in Tamil Nadu. This car was based on the Morris Oxford 3rd series and was designed and manufactured in the United Kingdom from 1956 to 1959 at Cowley by Morris Motors Limited and sold by Hindustan Motors as Hindustan 10 and Landmaster.

Eight to ten years ago Hindustan Ambassador cars were used by Ministers and other highly commissioned IAS Officers (Indian Administrative Service). The car was quite spacious due to its semi-monocoque design which was quite an advancement in vehicle engineering in the early 1950s. But for security purposes, these cars are replaced by other branded and strong cars. The Hindustan Ambassador was considered a definitive Indian car. This car was fondly called the name “king of Indian roads”.

Hindustan Motors Ambassador has 1 petrol engine, 1 CNG engine, 1 LPG engine, and 2 diesel engines. The Ambassador has a mileage of 10.94 to 13.5 km/kg, depending on the version and type of fuel. Ambassador of India is one of the classic cars we have in India. The Hindustan Ambassador car prices were not that high.

The Chevrolet CMV pickup vehicle is a commercial vehicle. It is a badge-engineered version of the Suzuki Carry produced by the now-defunct brand Daewoo. There are many chances that you’ve never heard about the Chevrolet CMV because these cars were specially manufactured for the markets of Central America and Tunisia. The top speed of this car is only 60 miles per hour. The Chevrolet CMV car prices are not cheap.

Facts about the Chevrolet CMV:

Maruti Suzuki Omni Van is a microvan produced by the Indian subsidiary Maruti Suzuki of Suzuki. The first model of the Omni van had inline-three engines which were similar to the Maruti 800 city car.

When it launched in 1984 it was known as Maruti van but in 1988 its name was changed to Omni. It also has a small three-cylinder engine similar to the CMV. Despite the lack of power and speed, the Omni, like the CMV, is a tough little van and small business owners rely on them to get the job done.

The Maruti Suzuki Omni price is an inexpensive and frugal urban van for large families and taxi drivers, and despite being a very old product, the car still sold more units than many of its participants.

Over the years, Omni has made many changes, although it is still quite dated in terms of looks. There is a comfortable space for five persons as well as an option for an eight-seat layout. With basic styling on the outside and inward, the Omni is a basic eight-seat people mover that offers only a few features.

The Smart Fortwo CDI is a rear-engine and rear-wheel-drive car. It is a hatchback microcar manufactured. The body type of this model is the coupe. It is a two-seater passenger and only has two doors. The engine type is in-line and emits CO emissions at a rate of 86g / km.

Fortwo Coupe CDI features a turbocharged inline 3 cylinder engine with a diesel motor. Power is transmitted to the road by rear-wheel drive (RWD) with a 6-wheel sequential gearbox. The Fortwo Coupe (W450) model is a car manufactured by Smart, newly sold from 2004 to 2007, and then available as a used car. It is the world’s most economical production car with the lowest CO2 emissions and the Smart Fortwo CDI price is totally worth it.

Facts about the Smart Fortwo CDI:

Fiat launched Qubo on the 6th of March 2008 during the Geneva Motor Show which was held in Geneva, Switzerland for ten days. This version is suitable for a maximum of five people and can be equipped with different engines.

Qubo 1.4 Natural Power is a front-wheel-drive car that has a five-speed manual transmission and it is the tenth slowest car in the world. You will get a 5-inch touch screen and 6 speakers with a radio system, inside the car. You can connect speakers via USB cable or from the Bluetooth system.

The gas tank capacity of this car is 13 liters of gas, where normal fuel consumption is 5.2 liters per 100 km, and the Fiat Qubo: Natural Power 1.4 price is one of the cheapest purchases.

As a general rule, slow cars are more fun than fast cars. Very few people on earth will ever experience the farthest limits of a state of the art supercar. But a slow car? It gives you the opportunity to savor it, to get to know what it’s like and what it’s capable of. The best part, you can do it without terrorizing anyone else on the road.