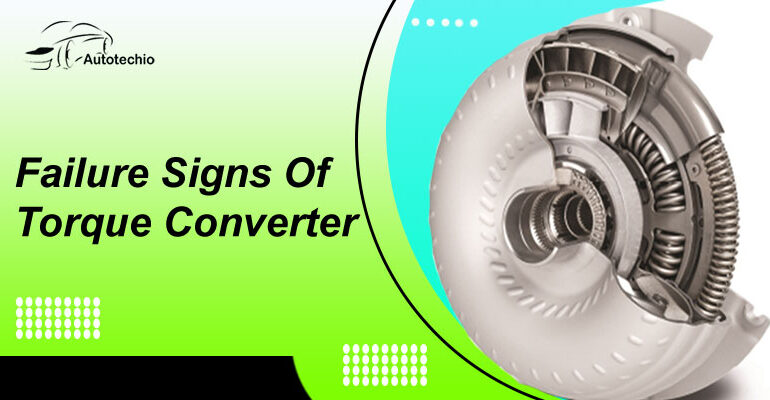 Automatic gear vehicles feature a torque converter as part of the transmission. One of the key components of the torque converter is that it allows the car or truck to shift automatically between gears. It converts power from the engine to hydraulic pressure that ultimately controls the gear shifting. Whether it is a new or used transmission, the most common failure signs of torque converter we see usually, and when it fails it leads to other internal transmission damage. During the torque converter starts malfunctioning or failing, you may feel some shuddering and even slipping in overdrive. Usually, you notice your car shuddering because it feels like it’s vibrating. Your car will vibrate even when you’re not going very fast. This shuddering makes the car lag and it is very noticeable.

Slipping Between gears and Shuddering

Have you ever got in the car just to feel its shudder, started it up and put it in gear? Your car shudders almost like it has a temperature or it has caught a disease like flu.

Shudder and Slipping Can from a failing torque converter. slipping can occur while you’re driving or changing the gears. Usually, it comes with some odd noises. Remember that a torque converter is a coupler between the engine and transmission. Its job is to smoothly convert engine torque into hydraulic pressure that your transmission uses to engage and shift gears. When the torque converter starts malfunctioning, you may feel shuddering and even slipping in overdrive.

If you have a manual transmission, you can easily tell when the clutch pedal starts to get really loose. If you can easily press it all the way down to the floor with no resistance, there’s a chance that something needs to be fixed within the clutch assembly. A good clutch can last your vehicle from 50,000 to 100,000 miles. This depends on the type of clutch and your own driving habits as well as the make, model, and year of the vehicle. By taking care of these you can save yourself from accidents.

The downside to this, there could be an increase in the normal stall speed, and as such it could take the transmission more time to engage the engine. You can do a stall speed test to diagnose any torque converter problems, but you’ll need to know your torque converter and engine’s stall speed specifications first.

A sign of a failing torque converter is surefire when the vehicle won’t shift into a specific gear at all. If you can’t get it to go in reverse or forward drive it won’t engage. Then probably there is something wrong with your torque converter.